Embassy Theatre is set to host Lindsey Stirling for another scintillating performance on 12th December 2022. The artist is bringing her Snow Waltz tour to several notable destinations in North America this year to celebrate the holiday spirit. The American violinist, dancer, and songwriter will bring her choreographed violin performances to fans at the famous Embassy Theatre. Her upcoming album, Snow Waltz, is set to release in October, a month before her tour begins. Fans are excited because they will hear it live for the first time, and they are looking forward to a festive celebration with a Lindsey Stirling concert. If you want to see her live on 12th December, make sure you get your tickets right now! 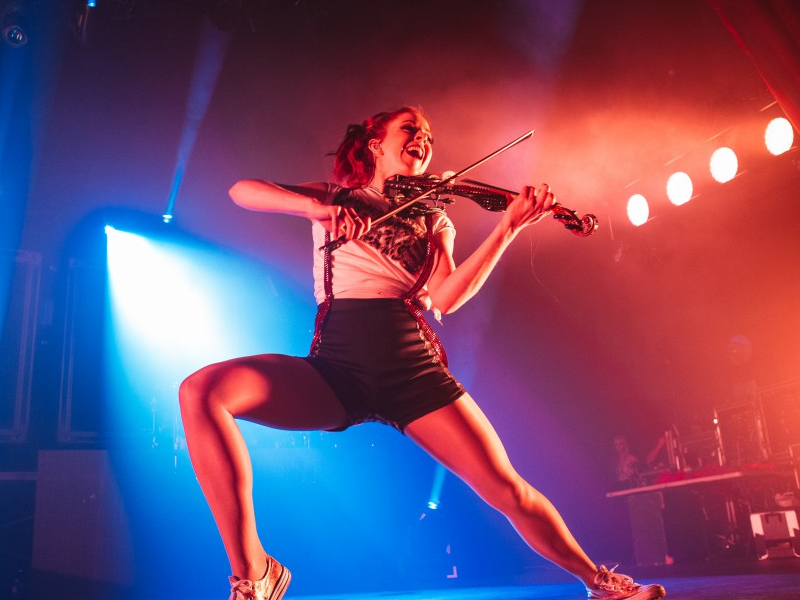 Lindsey Stirling is one of the most special performers in the music industry right now, who brings a unique style. She began in 2007 with a Youtube channel, posting music videos of choreographed violin performances of several music styles, including classical, pop, rock and EDM. Her Youtube channel got widespread recognition and now she has more than 12 million subscribers and over 3 billion total views.
Her debut album because a huge hit in Europe and sold more than 200,000 copies in Germany alone. It was platinum certified in four European countries and was nominated for the 2014 Billboard Music Awards. She has also performed across the globe at some of the biggest venues worldwide. Lindsey is familiar with performing to massive crowds of over 800,000 people. Her co-headlining tour with Evanescence was one of the biggest tours in 2018. Fans love the energy she brings to stage and how amazing her performances are. She recently gave her fans a bit of insight on what they should expect from the album with her latest single, “Ice Storm”. The single has already been a huge hit, and fans have begun looking for tickets. If you’re one of them, get your tickets ASAP without wasting any more time because they could get sold out very soon.