Cancel your plans for 10th April 2022 because legendary rock and roll band Chicago – The Band is coming to Embassy Theatre for their extended 2022 North American tour. The band recently added additional venues to the original trek, such as El Paso, New Orleans, Austin, San Antonio, Greensboro and Lancaster. The initial trek began on 23rd June 2021, but as it extends into 2022, it is one of the most extensive tours of the year. For any rock fans, a Chicago – The band performance is always a treat and if you’re one of them, hurry up and get your tickets right now to see them live at Embassy Theatre on 10th April 2022. 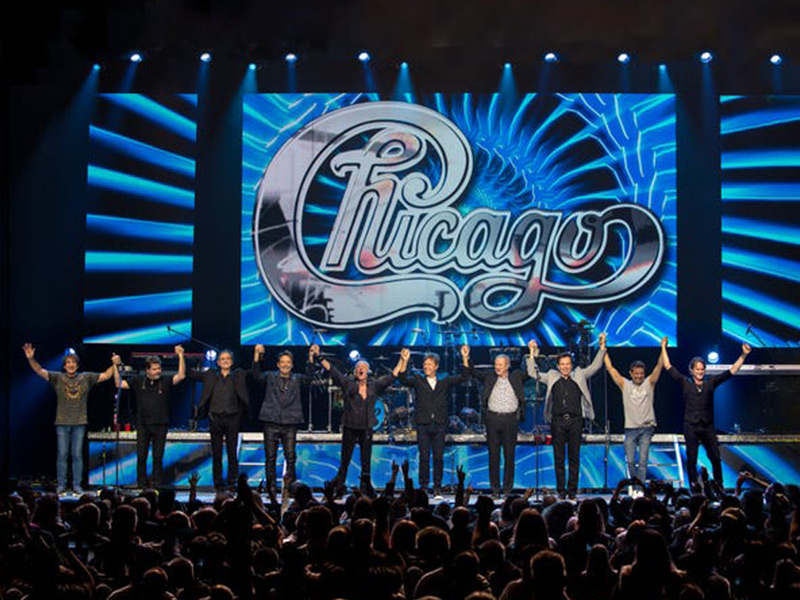 American rock band Chicago – The band was formed in 1967 and has carried on its legacy for more than 50 years. The band was initially named The Big Thing before being renamed Chicago Transit Authority in 1968. A year later, they further shortened it to Chicago – The Band.
The band recently was honored with the academy’s lifetime achievement award at the Grammies. They have contributed significantly to the recording field and have served as an inspiration to so many emerging artists. They have produced countless chart-topping music, and they have won two Grammy awards, two AMA awards, and also been featured on the Hollywood Walk of Fame. Some of their world-famous hits include “25 or 6 to 4”, “Saturday in the Park”, “Feelin’ Strong everyday,” and the iconic “Make me Smile”. Their latest 2014 album, Chicago XXXVI: Now, was another massive hit, as it peaked at number 82 on the Billboard 200.
The band’s music is a fusion of classical, R&B, Pop, Rock and Jazz. Their incredible ability to stun audiences every time they perform is the reason why they usually play at sold-out venues. Getting tickets for this event is going to be hard later onwards, so you should grab yours right now while they are still available!