The Book of Mormon Tickets

Do you know the name of the musical sensation that’s coming to Fort Wayne Indiana on Wednesday 12th October 2022? Time’s up! The answer is no other than the 9 Tony Award Winning The Book of Mormon one of the greatest theater companies on this side of the country and they’re bringing their unmatched comedy and passion to the Embassy Theatre stage for a one-time-only performance that you won’t want to miss. Critics are already referring to this event as "the can’t-miss musical comedy of 2022 and music lovers have noticed and are waiting for the ticket stands to open to get one immediately. Order your tickets immediately and win some of the best seats in the house. All you have to do is click the Buy Tickets button below and experience The Book of Mormon live on Wednesday 12th October 2022 at the Embassy Theatre. 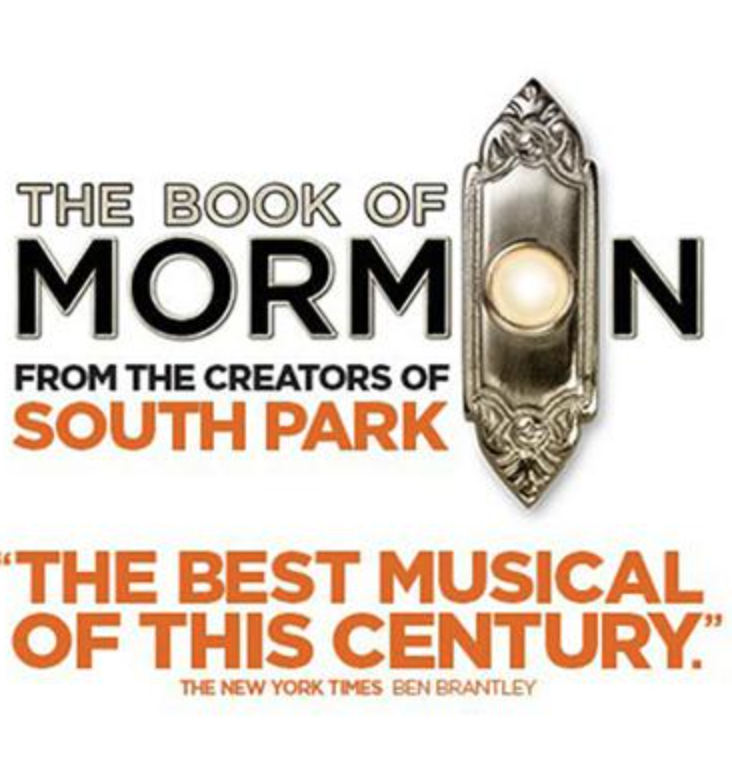 Trey Parker and Matt Stone, creators of South Park, Orgazmo, and Cannibal! The Musical, join the creative talents of Robert Lopez to cultivate “The Book of Mormon”, one of this season’s filthiest, most offensive, and surprisingly sweet musicals on Broadway Today! This musical comes hot off the heels of the satirical success of South Park episode “All About Mormons” as well as the “Super Best Friends” to tell a story that lampoons and celebrates the Mormon faith.

The musical tells the tale of a pair of Latter-Day Saints missionaries who have come to a remote Ugandan village with the hopes of spreading the faith and inspiring the villagers. But trouble comes when their intentions are met with apathy, since the villagers have more pressing concerns with HIV/AIDS, famine, and oppression from the village warlords. As the story unfolds, we find the missionaries’ faith tested by the harsh and stressful realities they have discovered and how stories and metaphors can lead to a better future and hope, even as war and violence remains a part of one’s life.

This combination of very dark themes and inspirational messages comes together in a way that Ben Brantley of The New York Times has compared favorably to Rodgers and Hammerstein classic “The King and I”. He has even said that its “…setting these dark elements to sunny melodies…achieves something like a miracle. It both makes fun of and heavily embraces the all-American art form of the inspirational book musical.” Jon Stewart has even had nothing but praise to offer to the makers for the play during a March 10, 2011 episode of The Daily Show that first talks about the production.

If you want to experience this award-winning and universally acclaimed production for yourself, then catch The Book of Mormon live at the illustrious Embassy Theatre in Fort Wayne, Indiana on Wednesday 12th October 2022!